Christmas Eve family service at 7:30 pm.  Everyone is welcome. 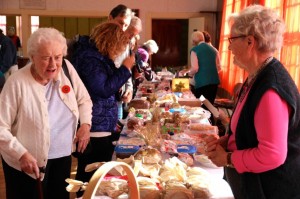 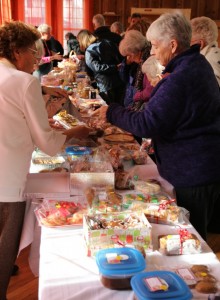 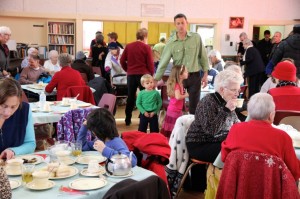 All Saints (Nov. 1) and All Souls (Nov. 2) celebrates those who have died but whose lives continue to influence our lives by their examples of love, faith and courage.

From the book: For All the Saints (Anglican Book Centre publication)

All Saints 1 November
Today’s festival had its origins in the fourth century, when churches in the East began to celebrate “the feast of the martyrs of the whole world” on the Sunday after Pentecost. Several Western churches adopted this festival and kept it on various dates in April or May, but in the early Middle Ages the church of Rome assigned it the much later date of November first and broadened the feast to include all the saints. Western Christendom has followed this custom ever since.

Saints are Christians who in various ways, often against great odds, showed an extraordinary love for Christ. The Holy Spirit acted in their lives so that they chose to bring aid to the needy, justice to the oppressed, hope to the sorrowful, and the divine word of forgiveness to sinners. For the sake of Christ they were servants to the people of their day; and the service they rendered in the past makes them examples to the rest of the people of God throughout history.

The Church also believes that our life on earth has eternal consequences; and so our remembrance of what the saints were is directed to what they are. It is the Church’s conviction — a conviction often expressed in the Anglican tradition — that the saints continue to be our partners and fellow-servants before the face of God’s glory. We pray for our present needs, and the saints pray with us — not as if their prayers were better than our own, but because they are still bound to us in mutual service as members of the one body of Christ.

For this very reason, we may say of the Church’s saints what the Letter to the Hebrews says about the Old Testament saints — that they and their service shall not be perfect until all of God’s friends have answered the invitation of Christ and arrived at the banquet of glory. For that is the ministry of the saints in heaven as on earth: to help others become partners in the salvation of God.

This festival may be observed on the Sunday following 1 November, in addition to its observance on the fixed date.

Almighty God,
whose people are knit together in one holy Church,
the mystical Body of your Son,
grant us grace to follow your blessed saints
in lives of faith and commitment,
and to know the inexpressible joys you have prepared
for those who love you;
through your Son Jesus Christ our Lord, who lives and reigns with you and the Holy Spirit, one God, now and for ever.